Today ThingLink is launching a new feature called “Channel”, an easy way to organize images into embeddable interactive albums. ThingLink Channel is an exciting feature that will allow for a multitude  of new storytelling applications via rich media tags.  Below are some examples for personal, business, and educational usages:

I. Channels for Personal Use

Interactive lifestyle magazines  and and guides for travel, recipes, design, arts & crafts: Think about channel as a new way to start your own mobile magazine. If fashion or food are your passion and images are your preferred mode of expression, you can now start your own interactive magazine on ThingLink. ThingLink Channel works as a YouTube Channel: you can update it anytime and when you add new content it will be shown to your followers.

Interactive family albums: We all have our cameras full of images and videos of our pets and kids. With ThingLink you can combine the best of your gallery, adding notes, quotes, and music to images, ultimately creating albums that allow you to travel back in time and remember how your darlings looked and sounded just a couple of years ago!

Interactive slide sets and storybooks: Once you start using interactive image channels for your professional presentations, you can forget about powerpoint and keynote and problems with large file sizes. Not only will your slides be more visual, they can now play music, show video or embed any content from the web. Sharing? Just share your channel URL and people can replay your content at any time.

If you run a small or large business, ThingLink Channel will be your new favorite tool for creating engaging material on social media. From now on, you can serve fans and followers interactive product catalogs and PR images. 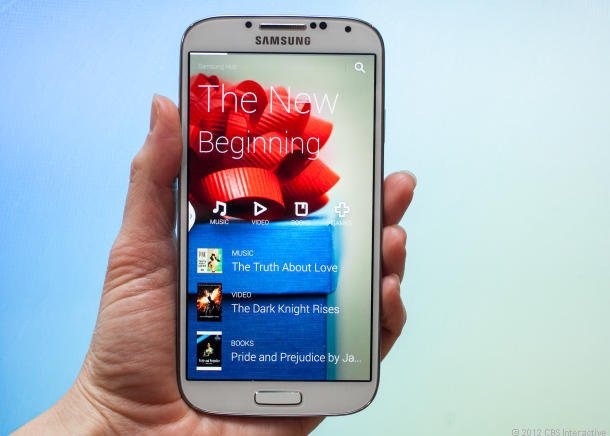 For publishers, interactive image channels work both in display or native advertising. Contact us at sales @thinglink.com to learn more!

III. Channels for Teachers Teachers can use ThingLink Channels to organize student homework and projects. For example, a history teacher could create a channel for each course they are teaching this semester and have students add their homework to this channel.  At the end of the semester, a channel will become a collection of student work that can be shared with other classes and studied for examinations.

1. Above every image, you will see an “add to channel” link 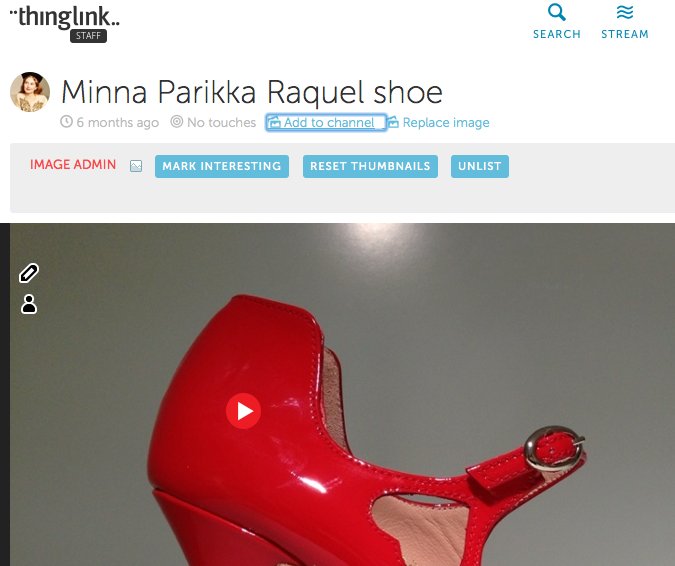 2. Select a channel or create a new one by clicking “new channel” 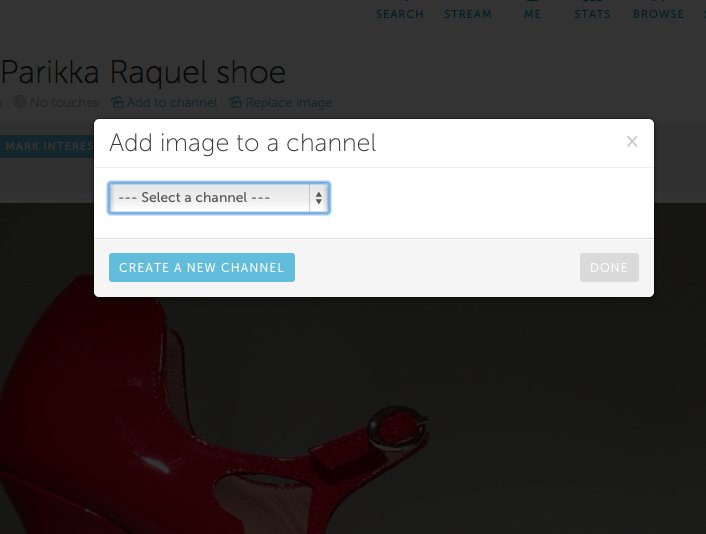 3. Now click “done”. To view your images as a slideshow, click the slideshow button on the left. 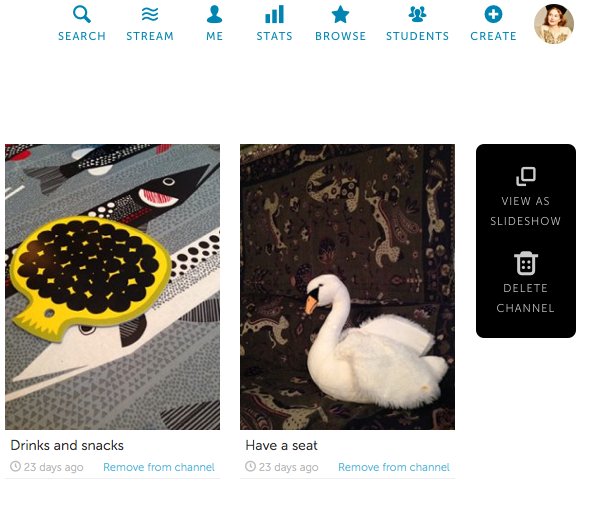 Some channel functionality will still improve, such as adding an option to arrange images within the channel, as well as the possibility to add other people’s images into a channel and be notified when that happens. All of this is in the works! If there is anything else you would like to see, as always, please let us know!

Twenty years ago, I went to a record store in a mall in Clackamas, Oregon and bought a copy of Nirvana’s “Nevermind.” I tore the cellophane off the cassette and eagerly pulled out the packaging, looking at the photos of the three strange looking men with odd-colored hair and clothes fresh from the Goodwill. I wanted to know everything about them — based on that one image, I took trips to the library to read Rolling Stone, watched for their videos on MTV, and listened to that cassette until it wore out.

I wrote that extremely dated paragraph to prove a point — fans want to interact with artists based on images. And those most iconic artist images, their album covers, are key points of entry for many listeners. Luckily iTunes and Spotify haven’t destroyed album cover art — they simply made it another image to be shared and utilized.

ThingLink makes it easy for artists to transform an album image into a shareable container for music, videos and social connection. Now I don’t have to go to the library and page through back issues for more information on an artist. Inside an album image I can click on a link and read a blog post in a nanosecond. Ditto for waiting for a video to show up on the TV — just hit the YouTube link. And while listening to a new track once required waiting for radio to spin it, now it’s a matter of hitting a Soundcloud music player. And…well, you get the picture.

People, especially kids, still get excited about album releases. And what better way to connect news about the album with an interactive cover that contains music, video and more. In a way, it’s almost like going back to days of unfolding vinyl albums or CD booklets — people want to interact with the album art, but now they have an even deeper way to do it.

Take the cover of the recently announced Bruno Mars single, “It Will Rain,” which is also the lead track from the forthcoming Twilight soundtrack. The album cover shows Mars slouched beneath an umbrella and featured links to the Twilight trailer as well as his social media properties. It created the right mix of branding (rain, the umbrella) with an air of mystery — there was really no way to tell what the song was about, merely a call to keep following and figuring it out.

And what Mars’s team did is just the beginning. As I talked about in my previous post, a label could make a game out of spreading pieces of the cover and clips of a track around the web and asking fans to help put it together. Album announcements could feature a recorded clip from an artist with a special message that is changed daily, or pulled after 100 listens. Different pieces of the album art could feature different song clips.

The days of buying cassettes at the mall are long over (and thankfully, the associated hairstyles are lost to the ages, too) but the desire to interact with album artwork is as alive as ever.

Cortney Harding is a music evangelist for start-ups, including ThingLink and official.fm. She was previously the music editor and indies correspondent at Billboard magazine, and knows way too much about the music industry for any sane person. Follow her on Twitter or on Tumblr. Read More
From the lab, Why we do what we do
Search
Subscribe