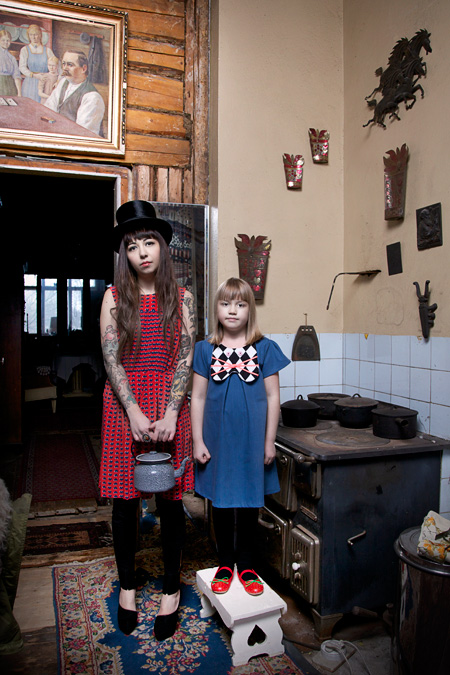 We at ThingLink are all about fun and creative ways to tell and discover stories.  As much as we love black and white dots, we decided it was time to give you something more to play with. To your delight and inspiration, we are now introducing new image icons that will make tagging so much fun! There are birds, hearts, triangles, question marks, and this is only the beginning! See the new image icons used for the history of London’s subway and in this cool family photo.

Check out the new icons and make something fun!

What symbols, colors, or shapes would you like to use to tag your images? Tell us and we will listen. Send your idea to social@thinglink.com, and our designer Palash will work hard to deliver new sets for you. Tell us about the icon you want to see! Read More
From the lab

Islands in the Stream: An Update about ThingLink Tabs for Facebook and Timeline Facebook just announced that all Facebook Pages will be migrated to the new Timeline format on March 30.

Please take a moment to review this post on how you can use ThingLink to take advantage of the new Timeline, and feel free to let us know if you have any additional questions or concerns.

Q. I read that by launching Timeline on branded pages, Facebook has essentially “killed” Tabs. Is this true?

A. No, not at all. Users can still feature a ThingLink Tab on their pages; they will, however, no longer be able to use the Tab as a default landing page. Once you convert to the new Timeline, your Tabs (apps) will be displayed at the top of the page, underneath the main image. Once a user clicks on the image, the Tab will be fully functional, just as before.

Q. So how do I best use ThingLink in Timeline?

Q. Can I still make a ThingLink Tab into my landing page?

A. No. You can make your Tab a top choice under the new header image, as noted above. But, you can no longer set a Tab as a default landing page. By posting a story to your timeline about your Tab, you can direct fans back to your interactive image again and again for the latest content — and help build your relationship with users.

Q. Can I still use ThingLinked images outside Facebook?

A. Of course! The great thing about ThingLink images is you can share and embed them with interactive links outside Facebook. One image works inside Facebook and across the Web.

Have a question? Write to Neil (US) or Jonas (Finland).

Read More
From the lab, Instructions

Digital PR photos can be enhanced to include links and other content through an expanding service called ThingLink.

Neil Vineberg, the veteran PR pro who is chief marketing officer of Finland-based ThingLink and heads its North American operations, sees the service as a “generational shift” in how users interact with images.

“The job of photo editor becomes more interesting and puts publishers or PR professionals in a position to keep people on their own content,” he said.

With the service, users can embed website links, video content and pop-up info within images, without learning complicated Flash or programming. The “ThingLinked” images are then embeddable by fans, users and journalists within standard web publishing software, creating a trackable PR image unit.

“Instead of emailing a publicity photo to journalists, you can tell them to ‘take my embed code,’” said Veinberg.

Updates made to the images by ThingLink users are distributed to the embedded content so, for example, if a reporter embeds an ThingLinked image in a story, the creator of the image can update the image’s content.

While adopted early as a publicity vehicle in the music industry, use of the service is spreading to publishing and beyond as infographics and other news illustrations are given interactive and tracking capabilities with the service. The popular rock group Evanescence, for example, used ThingLink for its album release Oct. 11 to include embedded links in an image of the album cover to the band’s Twitter and facebook feeds, iTunes and YouTube, among others.

Mashable recently used the service for an infographic on the iPhone (below) while Canada’s National Post created a powerful graphic of the twin towers embedded with links to the windows where victims of 9/11 worked.

Vineberg believes ThingLink has vast potential for the PR sector because of its measurability, ease of use and ability to include information directly from a client (captions, links to websites) within an image.

“It’s a generational shift in how we interact with images,” he said.

Read More
From the lab, Instructions, Why we do what we do

As we announced a few weeks ago ThingLink allows you to easily share your tagged images on Twitter and Facebook. Thanks to our active community,  we noticed soon that the Facebook sharing is not working as smoothly as it could, because the thumbnail that appeared besides the shared link on FB seemed to be any random image from the same page – and not necessarily the one indicated in the link.

To solve this, we built our own Facebook application that shows the shared image in the wall post. You can also add your own comment above the image. We also added our sharing panel one of the most common ways of communicating: email. Email sharing allows longer messages and serves those who prefer not to comment images via Twitter or Facebook.

ThingLink is nicely on a roll and we are developing new feature ideas daily. Remember to let us know what features would be useful to you, and what you would like to improve. Also, we are always happy to hear what you think about our existing features so please visit our community forum and have your say or send it to info@thinglink.com.